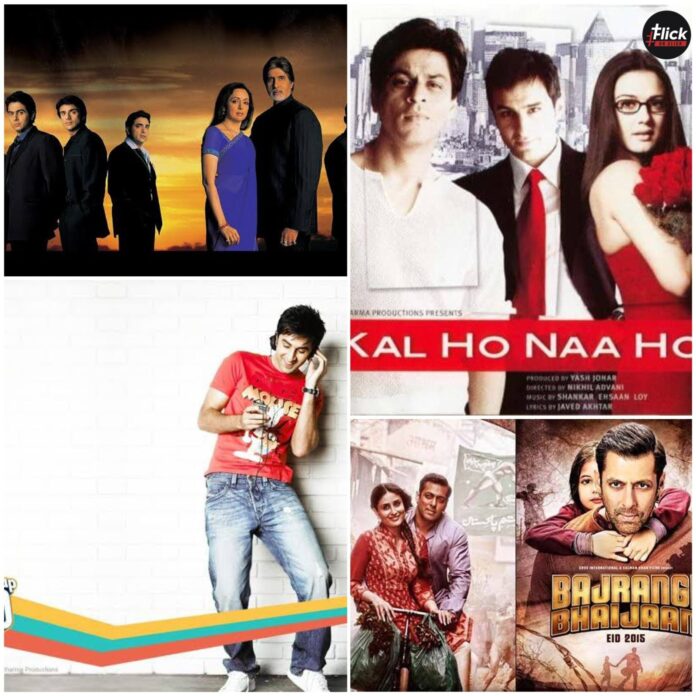 WAKE UP SID is the story of Siddharth or Sid [Ranbir Kapoor], a lazy from Mumbai whose life shifts dramatically after completing his final year of college examinations. Sid’s environment is light, carefree, and devoid of true responsibility. Wake up Sid starring Ranbir Kapoor in the major role will make you recall your college life. Hence you would love to watch this emotional movie as you can relate with Ranbir.

Queen is one of the best emotional movies starring Kangana Ranaut in the lead role. It is about a naive Delhi girl who sees herself on her own honeymoon. What occurs along the road is central to this lovely, sensitive, and entertaining social drama. The story starts in a middle-class Delhi home. The father is a mithaiwala, and his child Rani Mehra or Queen (Kangana Ranaut) is innocent, even foolish in today’s society, and a virgin ready to marry. Destiny has different plans for her. Without giving too much away, you can easily switch to her leaving on her own to Paris.

Chak De India! is an inspirational film to which any sports lover in the country can connect. It primarily covers gender discrimination and the poor condition of women’s hockey players in the nation. Moreover, it also follows the narrative of a retired hockey player who aims to prove his innocence and bring the fame of winning the World Cup to his country. The film begins with Kabir Khan being mocked and abused by his neighbors and finishes with the same people clapping as he returns. We see full commitment in Shah Rukh Khan’s portrayal of Kabir Khan.

This is one of the best emotional movies of all time, where you can appear as tough and strong as you want. In fact, we’ve never seen an Indian who hasn’t sobbed their hearts out while watching this Shah Rukh Khan, Preity Zinta, and Saif Ali Khan tragic love story. Particularly in the last sequence with Aman in his hospital bed, and revealing why he had been driving Naina away right from the beginning.

During a time when Pakistan and India were at odds, this film about an Indian rescuing a Pakistani girl served as a desire for peace and friendship. It’s extremely sad and heartbreaking to see the Indian going to any length to help this small girl. Bajrangi Bhaijaan is one of Salman Khan’s finest works to date, and may easily bring moisture to anyone’s eyes, especially the border-crossing sequence at the ending.

Aamir Khan demonstrated his directorial abilities in Taare Zameen Par. He took a sensitive topic and turned it into a lovely sweet film. The story follows a little boy who becomes sad and lonely in a new school but quickly forms a powerful bond with an art professor who finds his actual talent. Any student can connect with this movie and appreciate what the lead goes through to convince his parents of his capabilities. The sequence in which Ishaan wins a painting competition and proves his skill brings out tears of happiness.

Rockstar follows a young college student who seeks pain and agony and ends up with his heart broken in the desire of becoming a singer. This pursuit consumes him and separates him from everybody. As Jordan, Ranbir Kapoor gave his most impressive portrayal ever. Jordan loses his beloved and returns to the hollow world that has always given him pain and sorrow at the end of the film. This film presented the cutest unfinished love story.

Rang De Basanti is one of those emotional and patriotic movies starring Aamir khan that will never get you bored of watching. Begins off as a lighthearted fun university drama with some interesting and amusing scenes. However, gradually devolves into a patriotic zeal that can bring out the Desh bhakti in even the most apathetic of audiences.

Baghban starring Amitabh Bachchan, Salman Khan, and Hema Malini in the major roles is one of the best emotional Movies. The story revolves around how Some people disrespect their parents in modern culture. ‘Baghban’ discusses the issue by portraying two types of youngsters. Those who are thankful for what their parents have given them. Secondly, those who abandon them in their old age and make them suffer greatly. Lastly, it wonderfully communicates the lesson that leaves everyone sobbing to love and respect your parents.

Kabhie Khushi Kabhie Gham is one of the most emotional movies, with the most amusing beginning. Starting with light comedy this epic blockbuster turns into a sad story of families falling apart for years. This movie beautifully portrays many themes like class differences, an unbreakable bond with family, and respect for elders. SRK and Kajol’s acting in the movie left everyone in tears.

Read More: Top Romcom Movies On Netflix that are worth watching

Bollywood has special means to make a place in our lives, and it surely has enough ways to...